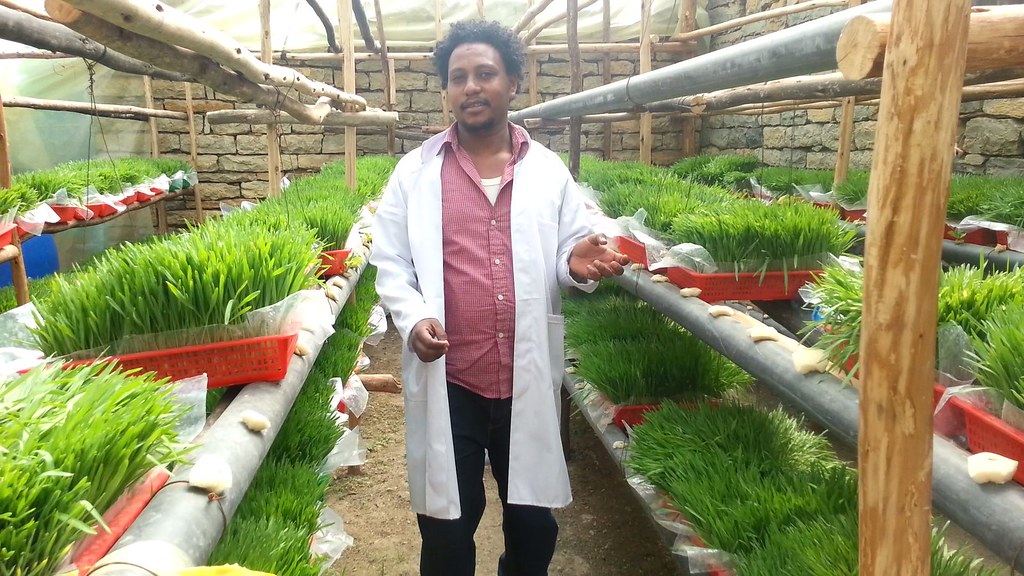 There is a broad consensus that most smallholder agricultural systems in Africa are far from being models of modern 21st century agricultural production. Measured by multiple criteria including the use of technologies, application of inputs, and organizational and institutional set ups required for modern production, processing and marketing of agricultural produces, smallholder agriculture in Ethiopia is not exceptional. Focusing on the educated young ergeneration farming community has the potential to modernize traditional farming.

Behaylu Abraha is a young university graduate who owns and manages ‘YB Plant Micro Propagation PLC’ – a small family business engaged in hydroponic technologies in Mekelle. After working for a private tissue culture company for seven years, he decided to set up a private business in hydroponics (fodder, mushrooms, vegetables, and certified pre-basic and basic potato seeds) in a 420 m2 rented residential house. The actual effective area used for hydroponic fodder production is 160 m2.

Hydroponic fodder production involves the growing of cereal and legume grains using moisture and suitable nutrient solutions without soil, and harvesting green shoots and root mats within days. There are as many controversial issues as there are claims in the use of fodder hydroponics for feeding livestock. The frequently cited weakness is a reduction in dry matter when seeds are converted to sprouts. There are also reports that feeding barley and wheat sprouts led to increased animal performance. 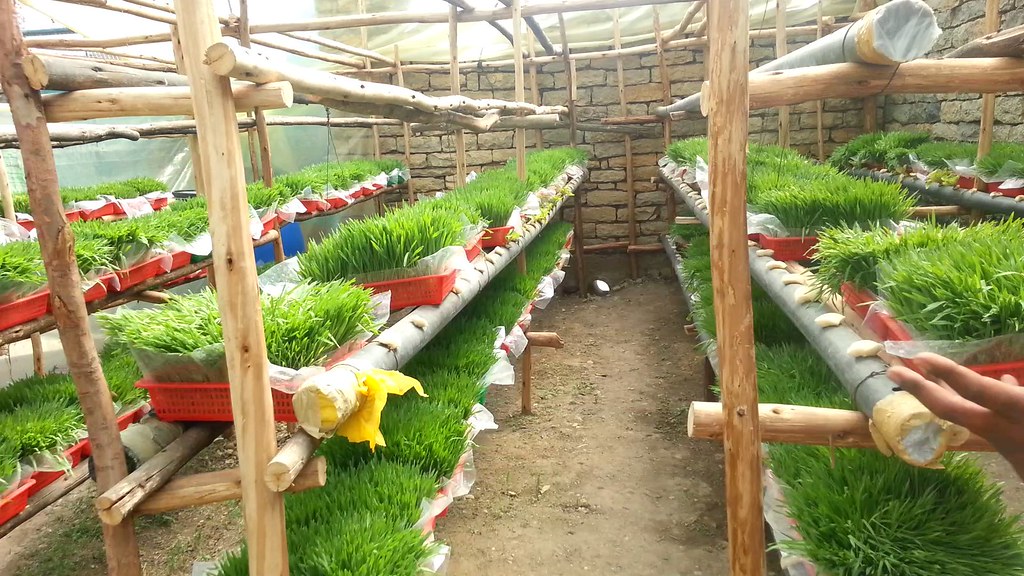 Setting aside the unresolved issues, Behaylu built an ordinary plastic sheet cover to sprout seeds of alfalfa, barley, oats, and wheat. He recalled that at the beginning some of his clients had doubts about the actual feeding value of sprouts, and only slowly realized the benefits after they tasted the sprouts and root mats he offered them.

Today, the number of dairy farm owners relying on Behaylu for hydroponically produced barley fodder has grown steadily, reaching 400 milking cows. There are additional fatteners with more than 140 heads of finishing cattle fed on hydroponic fodder. Some poultry farm owners with more than 10,000 birds are also interested in feeding such green feed.

The current production capacity within the 160 m2 space is 1.2 t/day, and is projected to reach 25 t/day in the near future. For this purpose, the regional government of Tigray has offered Behaylu 3000 m2 land to expand hydroponic fodder production to large numbers of smallholder farmers. In fact there is a need to look at the actual response of feeding root mats and green shoots to dairy cows, poultry and small ruminants under smallholder farmers’ specific context. LIVES is collaborating with Behaylu in capacity development for landless youths and establishing linkages with dairy farmers and fatteners. Such collaboration is expected to yield result based production and economic evidence for some of the controversial issues surrounding the production and feeding of hydroponic fodder in the context of smallholder farmers in Africa.